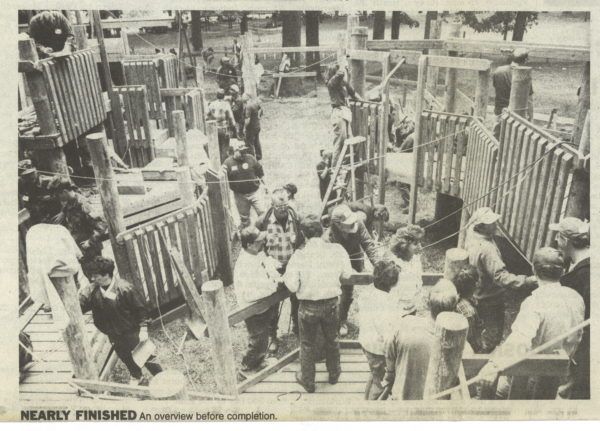 Those who were involved with the Fulton County Community Foundation (FCCF) since its inception can feel a sense of pride and satisfaction because of all that they’ve accomplished. That’s how Ted Waggoner feels. Ted is an attorney in Rochester and has been involved with the Foundation since before it was offcially established.

He emphasizes, though, that the Foundation doesn’t belong to any single person, nor has it been successful because of any one person. “It is the community’s Foundation,” he said.

However, the FCCF and the entire Fulton County community is certainly able to reap the benefits today thanks to the good decisions that our founders made in the past.

In addition to growing its endowment, the FCCF also wanted to use its matching dollars to grow community funds. Community funds make yearly unrestricted/ community grants possible. Since our founders chose to support these funds, the FCCF was able to award more than $200,000 in community grants in 2017 alone. So thanks to the smart decisions of our founders, Lilly dollars from the 1990s are still working for us today.

Community funds have supported so many nonprofit organizations and special projects throughout the years. One of these projects is Manitou Mountain. In June of 1998, Manitou Mountain, a wooden playground at Rochester City Park, was built in just three days by numerous community members.

Other projects that the FCCF supported during this time frame include the Gehrig Round Barn at Mill Creek Golf Course, the Akron Community Center, Aubbeenaubbee Twp. Community Building, and the Akron revitalization project and tree planting project.

Another early success was the transferal of the Elizabeth V. Babcock Scholarship Fund to the Community Foundation. The scholarship, created in 1974 by an estate gift from Elizabeth Babcock, was originally established with a bank in Indianapolis. In 1996, the scholarship was transferred to the FCCF. Since 1996, nearly $525,000 has been awarded to Rochester High School graduates and students taking dual credit courses.

1998 also marked the year that the first Lilly Endowment Community Scholarships were awarded. Since then, 37 Fulton County students have been named Lilly Scholars.

As Ted Waggoner said, “The presence of the Foundation just says that life can be better… Every contribution to that is a contribution saying ‘I believe in that.’”