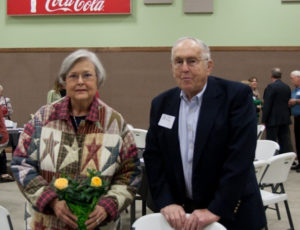 Bob and Carol Bridge are often referred to as “The couple that knows everyone.” They are the epitome of friendly neighbors and have loved meeting and supporting the people of Fulton County through involvement with work, family, and organizations.