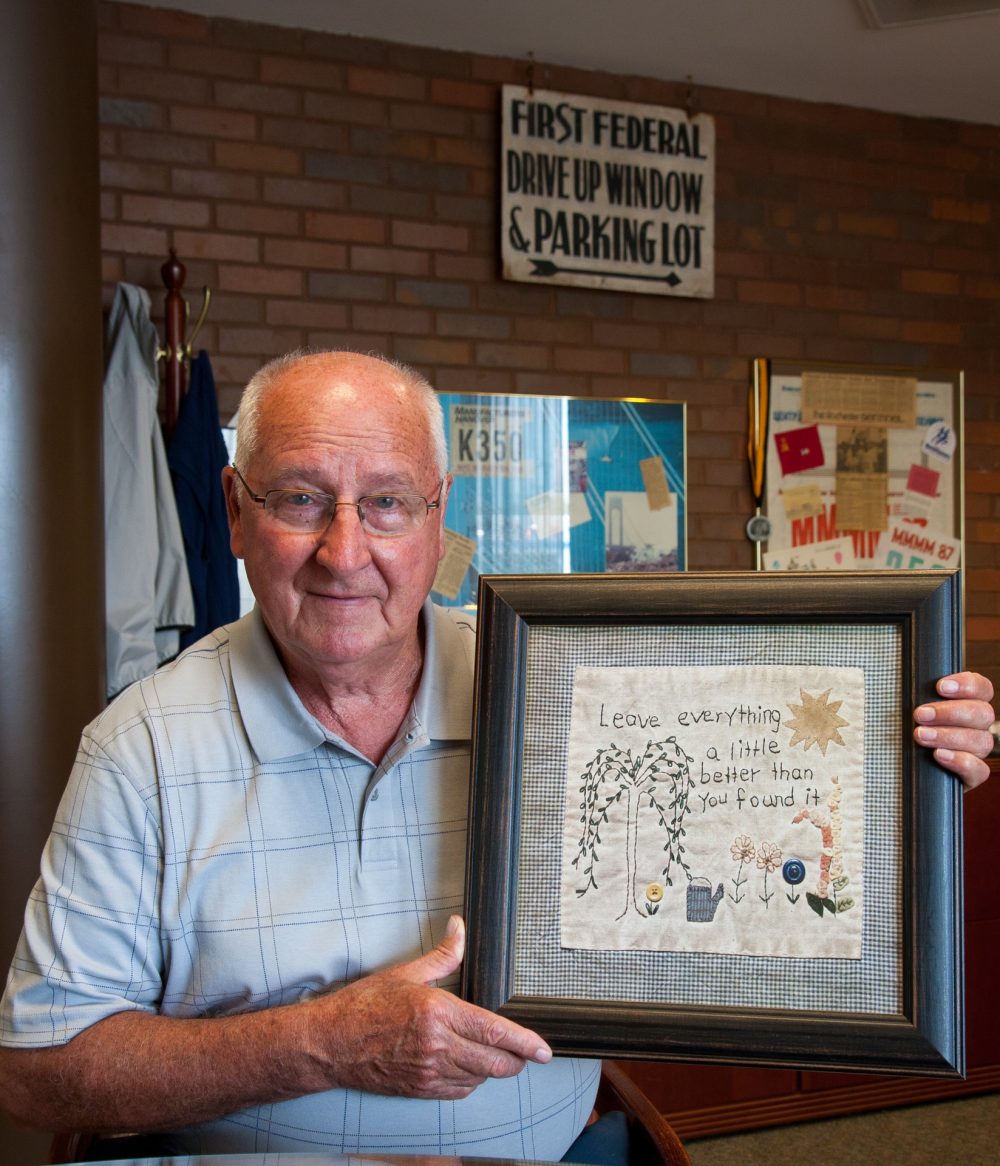 Richard “Dick” and Suzanne Belcher each grew up in small Indiana towns. They each believed that to whom much is given, much is expected. After Dick opened The First Federal Savings Bank in the back room of a grocery store in Rochester, the couple had great success. Dick remains humble and generous, as he still carries the mentality of giving back to the community that has done so much for him. First Federal Savings Bank is fondly referred to as “Dick’s Bank” by Rochester locals, and he in turn calls his employees and customers “the First Federal Family.”

Dick and Suzanne were married 57 years before she passed of colon cancer in 2014. She is lovingly remembered for her kind and generous spirit by Dick, her three children, and seven grandchildren. In the Summer of 2020, Dick was diagnosed with ALS. He decided then that it was time he looked at the will he and Suzanne created years ago. After collaborating with his children, Dick enacted his will early to see some of the good it could bring to their beloved community. He says, “This community, for the past 55 years, has been really great to our family.” In turn, Dick and Suzanne Belcher donated over $3.1 million to support organizations in Fulton County. 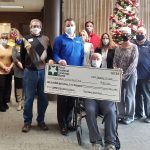 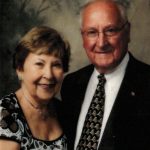 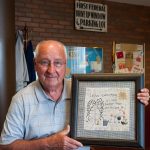 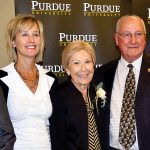 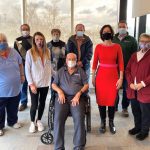 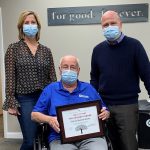 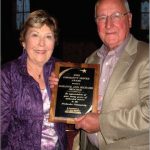 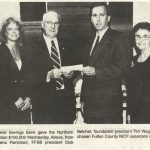 A donation was made to the First Federal Savings Bank Endowment Fund held at the Community Foundation. Dick believes that First Federal is more than just a bank. He sees it as a crucial community piece that serves its people. The bank will always hold Dick’s legacy.

Some of Dick and Suzanne’s donation was also given to Matthew’s Market, a local food pantry. Matthew’s Market has never received such a large gift and their volunteers are extremely grateful to be able to put some of it towards providing more food assistance due to low food donation rates. The pantry actively feeds 25-35 families a day in Fulton County and this gift will help keep families fed. Mathew’s Market says, “We cannot tell you how much this means to us.”

The Grace United Methodist Church also received a donation from Dick and Suzanne. The Belchers have been Grace United Methodist Church members for over 50 years. It is no doubt the church holds a soft spot in their hearts. The donation was made to help fund immediate needs at the church. One of which, is lighting the pulpit. Dick highlighted that he and the preacher joke about how he preaches in the dark. The church is ecstatic to make updates with the help of this donation. Dick says, “Grace Church has been so important to us over the years.” He knew he wanted to give back to them.

The Belcher Family also donated a portion of their gift to Fountain Park. Suzanne’s grandfather built their family cottage there long ago and the family has been visiting the park for 120 years. Their donation will truly be able to make a difference at a living family heirloom.

The Historical Society will also be receiving a donation from the Belcher family. When originally creating the will, Suzanne said, “Be sure to put them on the list!” Dick laughed when he told the Society, “We’ve had a love affair with your organization over the years.” The Historical Society will be able to be use these funds for many years to come.

Dick’s is a firm believer that, “Timing is everything. Whether it’s in business. Whether it’s in life.” He learned this throughout the years, but it started when his father gave him and his brother a financial gift to help support their life goals. His father told him, “I’d rather give it to you now and see you enjoy it and use it rather than wait ‘til I’m dead.” That memory has stuck with Dick. Now he is using that ideology today by enacting his will early.

The Belcher family will always be remembered and cherished for the support, generosity, and love they have given to Fulton County. Everyone person in this community will benefit from the donation given by Dick and Suzanne Belcher.

Thank you to the Belcher family for your service to Fulton County.